I’m honestly amazed at the excuses I’ve bought from myself over the last year. After finally completing my NYC Marathon in November of 2013, I got married to my best friend (residing in Michigan). Distracted and in love, I began slacking on my running almost immediately. I engaged in a game of denial: I was somehow magically staying fit.

Becoming a dual citizen of Brooklyn, NY and Detroit, MI; I slowly lost touch with my running mates from the American Cancer Society in New York as I spent more and more time in Michigan. My running ambitions had obstacles I couldn’t seem to overcome: not having a network of amazing runners in close proximity, a brutal Michigan winter and a passionate disdain for treadmills.

Though still a fighter, I signed up for the Cleveland Half Marathon for May of 2014.  Having built a mirage that I was still fit – supported by 3 marathons and countless half-marathons, 10milers, long runs, and short races – I thought I had this 13.1 miles in the bag, yet it was not so. The last two miles were brutal and I almost didn’t make it. My favorite sign embodied exactly how I felt, “Chafing the dream.” It was a humbling experience; but sadly it did not wake me up. Instead, I lied to myself while giving up. I used traditional excuses like marriage, family, work, health and time – and I stopped running all together.

Believe it or not, I’m not here to beat myself up; but I am turning to the one place I know that will give me the courage and strength to stand up again. I am turning to YOU. Publicly blogging and articulating my goals and thoughts built in a natural social accountability for me last time around; and so I’m (again) beginning my journey with you if you’ll have me!

Something magical happened which helped inspire my return. On June 2nd, just 7 days shy of my 3-year anniversary of ever running EVER, I received an email from the Michigan Fitness Foundation letting me know that my husband and I won the lottery to run the annual Mackinac Bridge Labor Day Run. Then, later that month, I was invited to apply as a Michigan Fitness Ambassador and even better, they selected me!

I am so grateful for this opportunity to represent the great state of Michigan and to contribute to the Michigan Fitness Foundation’s goal to “improve lives and strengthen communities by promoting healthy eating and active living.”

I want to give special thanks to all of my running friends who have kept their faith in me. Timing is everything, and timing is something the CEO of my company had mid-June after wrapping up an event together: Ben Greenzweig challenged me to join him on a running challenge for the next week. The very next day, he encouraged me with a post-run picture. Since then, we’ve been sending each other post-run pictures for a little competition and encouragement. Thanks to Ben, I’ve come to the understanding that running support can come from near and far if I open myself up to the community. The desire and ability to become fit and be fit initiates from inside us – not because of external circumstances… And begins with just one step. 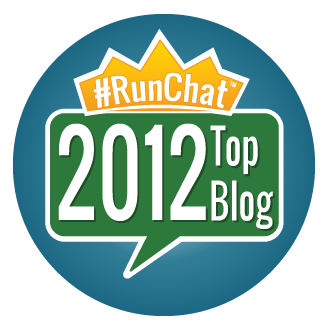